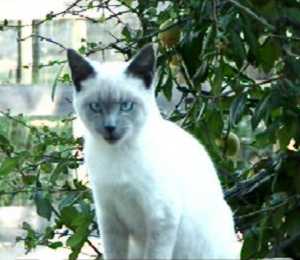 Hi, my name is Sammy. I’m a Siamese, and my best friend is an orange tabby named Tigger. Although he is a month older than me, we are both still quite young. He wants me to tell our story because I, like all Siamese, am the one who enjoys talking. So, I’ll tell you about our adventure.

It all started when I was just three months old. Some ferocious dogs attacked me. They left bare spots in my fur on my back. I, of course, needed to see a vet, and right away. That was when I first became acquainted with Kym. Kym ran what they call a feral society for cats. She had a huge house, an office, lots of land to hunt on, and a house just for us cats.

When I came to Kym, I was starving. You see, I was too young to know how to fend for myself. Kym saved my life. She fed me and nursed me back to health. At first, I couldn’t get enough to eat. It tasted so good to me. When Kym came to pour food in the kitty bowls, I was always the first to run to them and gobble the delicious treats right down. I was known as The Little Piggy, although I don’t know why, I’m a cat, after all!

Though I was very young, I was still old enough to learn to be afraid of humans. Because of this, Kym had a hard time taming me. However, with her never-ending patience and ability to communicate with cats, she domesticated us all, even me.

An orange tabby kitten came in a month or so after I. He was also feral and was afraid of humans. But in time, he learned to trust Kym, and eventually, the rest of the people around the office. Kym named him Tigger.

Since we were both around the same age and in “training” together, we became best friends. We hunted gophers and played in the high grass. We climbed the big oak trees and lay in the warm sun.

Then one day, I overheard Kym talking to a nice lady, Karen. She wanted to know if Kym had any orange tabbies. I held my breath. Was I going to lose my best friend? This couldn’t be happening. I sulked all that day in the cat house. The following day, Tigger and I were playing out in the sunshine as if there wasn’t anything wrong, as if this day would last forever.

As it turned out, it would last forever. The day came when Kym was to take Tigger to Karen’s house. To my surprise, Kym also reached for me. We were both going to go to the same home. We could continue to romp together. Oh, joy of all joys!

Our adventure began on that day. Tigger and I enjoyed our new house. There were so many new places to explore, and we did it all together. That was the best thing. We truly liked our new people. They served us well, and we were one big, happy family.

Then it happened—the adventure. One morning, Tigger and I woke up, stretched lazily, as cats tend to do when we are content, and decided to take a brisk morning prowl around the new neighborhood. So off we went, no fear of the unknown. The very thought of it made us tingle with anticipation. The sun was just peeking over the foothills. It was a beautiful sight, and it was going to be a fine day.

Soon we were at a creek. The water wasn’t moving very fast, so we padded right to the edge and peered in, and what do you think we saw? Two kittens were looking right back at us!! Since I was always the one with the most curiosity, and, I might add, the bravest, I stuck my right front paw out and just barely touched the cat that was standing there, staring at me. Then I recoiled as I felt the wetness of his fur. Tigger and I were both amazed at the way it rippled. It took just a moment for us to realize that the cats we were looking at were, in fact, us. And that I had just put my paw into WATER! Argh!! I quickly backed away, shaking my paw as I did so. That was enough of that. We turned from the creek, which in its fresh, calmness had fooled us.

I immediately saw an old, hollowed-out log and proceeded to investigate. Tigger hesitated and then followed me inside. It was dark and damp, and I didn’t like the smell one bit, but I couldn’t show my distaste to Tigger. It was my idea to climb into this disgusting place, and we were on an adventure, after all. Then I realized that there was something in there. I could hear scratching coming nearer to where I had stopped. Even in all my boldness, I wasn’t about to stay and find out what was making that horrible noise. I started to back out of that terrible situation and ran into something that screamed right in my ear. Why did I insist on getting into this log in the first place? How was I ever going to get out? Then I felt the thing in the back of me move away. I skittered out of that hole as fast as I could, only to see that the thing that let out that piercing scream was none other than my best friend and comrade, Tigger. We loped together, far from the log and the creek.

We continued our journey, walking for what seemed like miles. We explored here and climbed there, delighting in the sunshine and amusing ourselves in stalking a gopher through the trees. He led us to a meadow. When we broke through the trees, we found he wasn’t there. We lost interest in the chase. We rolled in the grass for a while, taking turns running after one another.

When we were tired of that, we wandered over the meadow to see what was on the other side. All we could see were huge trees. Trees that look pretty scary, with branches that reached out at us, as though they were going to pick us up and put us high in a nook where they would keep us hidden always. We soon got over being afraid, and I even started hiding in the shadows and leaping out at Tigger. When Tigger had enough of that game, he ran after me, chasing me through the trees.

The sun was high in the sky and was beginning to peek through the branches of the trees, so I knew that it must be getting late. We had better be heading back home. But wait, which way was home? Should we turn right or left? I stood still, as Tigger looked around us. He didn’t know either. Okay, don’t panic. Didn’t we get out of that log safely? And we crossed that meadow all right. If we could find the meadow, we’ll find the other set of trees and the creek and log. Then we will be safe. From there, we will know how to get home.

So off we started. Soon we broke through the trees and behold, the meadow! We were so happy that we ran across with newfound energy. We hit the pathway into the trees at full steam and didn’t slow down until we heard a faint trickle of water. We stopped and listened. Tigger looked at me, and I at him. The creek! We followed the sound, and as it grew louder to our ears, we knew we were getting closer. I saw the log first. I darted over to it with Tigger following my every step. When I reached it, I stopped to catch my breath, for we had been running a long time. I looked up and saw the sun in the sky. It was still warm, but it was not as high.

I turned to find Tigger drinking at the creek, and I decided that was a good idea, so I joined him. As we took long, refreshing drinks, our hearts stopped pounding, and we stopped shaking. We were close to home now. After we got our fill of water, we turned and continued on our way.

Before we knew it, we were turning into our driveway. As soon as our manservant saw us, he picked up the phone. He said four words with relief in his voice.

“The boys are home.”

This site uses Akismet to reduce spam. Learn how your comment data is processed.

Book 2 in The Harry the Wonder Cat Series

Get your copy on Amazon now! 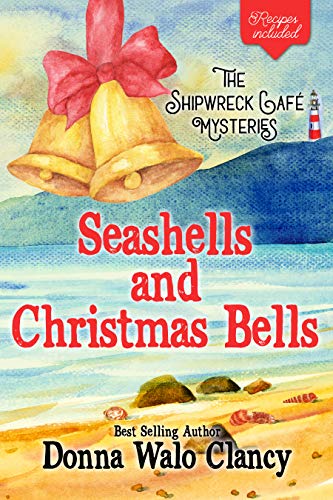 As an Amazon Associate I earn from qualifying purchases.

Exploring What Captivates, Inspires, and Intrigues Us.

Growing Up and Enjoying Life

The Life of Service Cats

Adventures of a feline afloat!

dogdazcats2 - A day with a workaholic & her zoo

The everyday lives of Archie, Oscar and Henry...